Sihanoukville (Kampong Som or Preah Sihanouk) is Cambodia’s most well-known coastal town. Favorably positioned along the Gulf of Thailand at the upper tip of a peninsula in Cambodia’s southwest, Sihanoukville is named after the late King-Father Norodom Sihanouk.

What was once a sleepy beach town is now in the midst of a rapid urbanization and gentrification – replete with a brand new skyline to match. International Luxury Hotels such as the brand new Wyndham Blue Bay have encamped in formerly quiet parts of town such as Independence Beach. 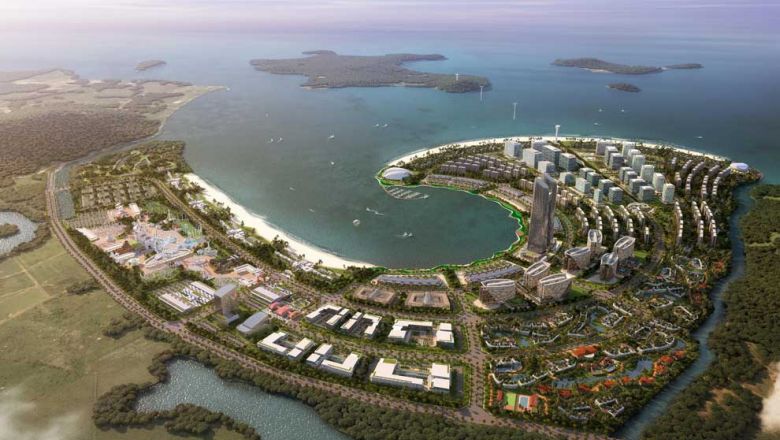 Further south, Ream is set to become home of a smart city.